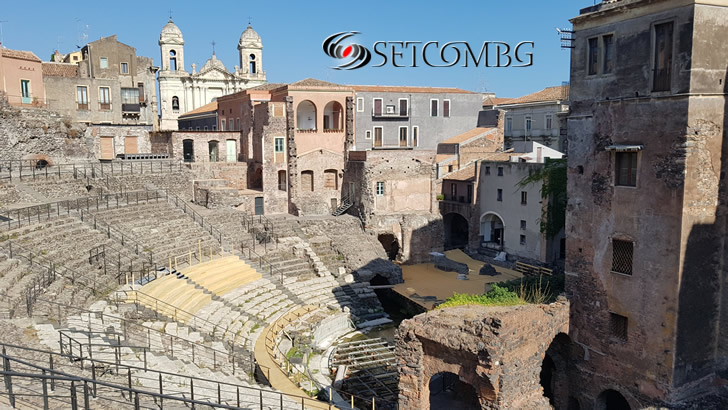 I had been negatively set beforehand and we planned to miss Catania. But … the Italian railways interfered with the repair of the railway line from Siracuse to Catania.
Thus, our plans to take the direct night train from Syracuse to Naples collapsed and our last Sicilian day was spent in Catania.
For which I do not regret, the city and its center I liked a lot. Apart from being the starting point for visits to the highest active volcano in Europe – Etna, it is also interesting in itself.

After a 90-minute bus ride from Syracuse we arrive in the center of Catania. Buses stop at Archimedes Bus Station – near the central station of the city and about 1.5 – 2 km from the center. 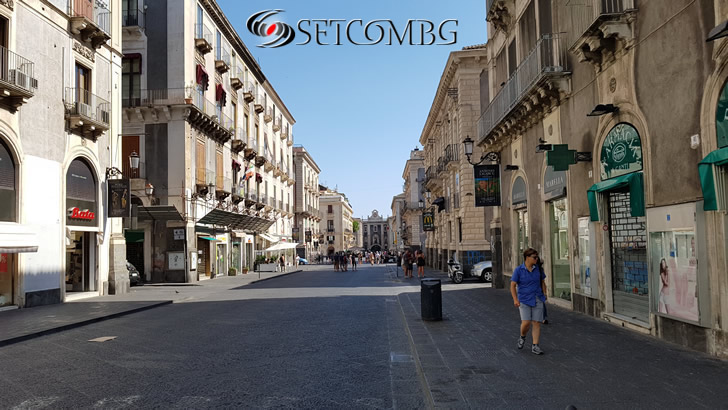 Catania – a walk along the central streets

It is not yet 12 o’clock and we have a whole day ahead of us – the night train to Naples departs at 10 pm. Unpleasant surprise – Catania’s small station does not accept luggage so it’s 12 hours in the 40-degree heat with backpacks … 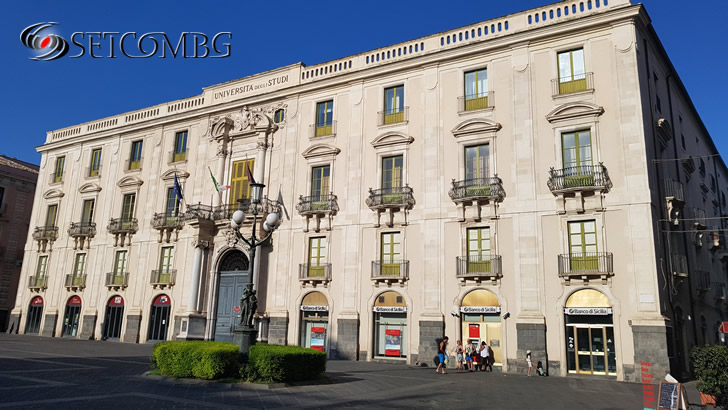 Central streets and squares in Catania are very characteristic with its grayish – black pavement – smooth and polished by the time, very beautiful and giving a unique look of the city. 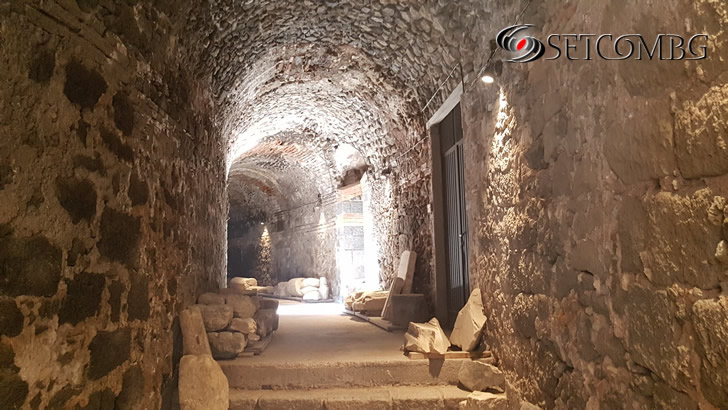 Catania – Roman amphitheater in the center

The hidden Catanian jewel – a preserved amphitheater in the center, surrounded by modern buildings. A very interesting combination of antiquity and urban environment. If you do not know what you are looking for, you will find it hard – the entrance is through a residential building behind which it is hidden.
A magical place. The central square of Catania

The cathedral of Catania and the beautiful central square with an obelisk and an elephant made of the characteristic black stone of the volcano Etna.
The hot day is almost over, we are exhausted and ready to take the night train to Naples and the plane to Sofia.